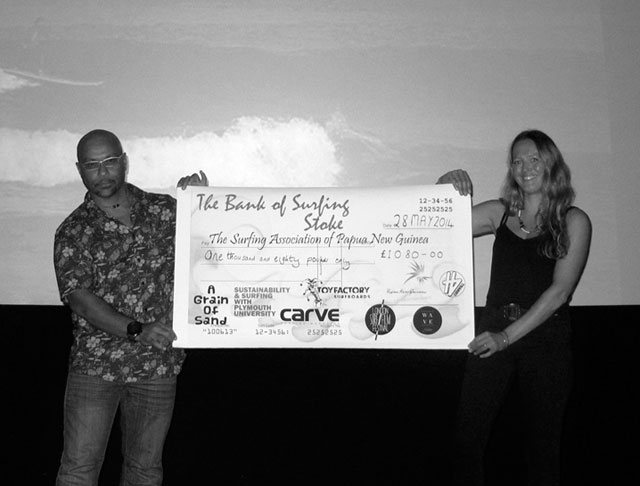 “It was a fantastic evening of film, thought and conversation”

More than 200 people packed into the Riverside Studios for this sold-out cinematic showcase and accompanying talk with Andy Able President Surfing Association Papua New Guinea (SAPNG) and Chris Hines MBE, A Grain of Sand. The evening raised in excess of £1,000 which is being donated to SAPNG to buy new surfboards for their local surf clubs.