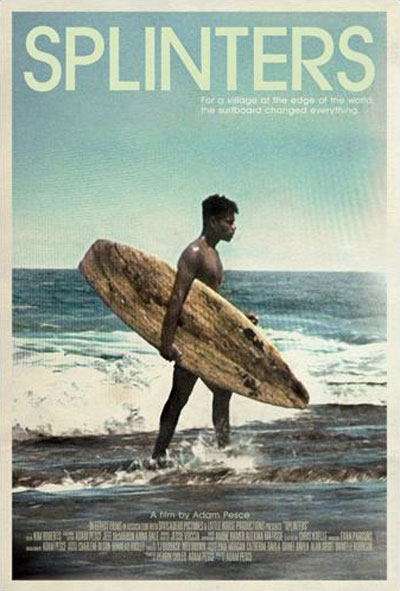 It sounds like something from a post World War II cargo cult: Three decades ago, an Australian pilot leaves a surfboard in a remote village in Papua New Guinea called Vanimo. The village, which lacks rudimentary facilities like electricity or running water, becomes surf crazy. Fast forward to today, when Papua New Guinea is holding it first national championship, with the winner being given the opportunity to travel to Australia and train with professional surfers.

That’s the premise of Splinters, a documentary by Adam Pesce that just made its debut at the Tribeca Film Festival. Pesce follows four surfers — Angelus and Ezekiel and sisters Lesley and Susan — as they clutch at their dream of winning big.

Now Splinters itself has won big following on from its world premiere in New York in August, recently taking the 2011 best documentary award at the London Surf Film Festival and again at the Hawaii International Film Festival. To top it off, Splinters just won best doco at the prestigious Surfer Poll Awards conducted annually by Surfer magazine.

Congrats to Splinter Director Adam Pesce and Emmy Award winner and Producer, Perrin Chiles, along with Andy Abel and his crew from the Surfing Association of Papua New Guinea (SAPNAG).